A few years ago, my teenager asked if we could watch The Hate U Give, a movie based on the book of the same name. I knew the subject would be controversial, and I wanted her to watch it, though I was adamant that we watch it together because I wanted to talk with her about it.  I am glad I did, and I highly recommend this movie to you so you can better appreciate other’s lived experiences if you have not lived them yourself.

Why This is Relevant

The very real and needed debate that is happening right now where, in the same week, a white woman named Amy Cooper called the cops on a black man who asked her to obey Central Park Rules and leash her dog, though she claims she was in fear of her life, and George Floyd, a black man suspected of forgery in Minneapolis, who died after being taken into police custody when a police officer knelt on his neck (video: MSNBC) for an extended period of time, even when Floyd repeatedly noted he could not breathe, of course, hearkening us all back to Eric Garner’s death in 2014 under similar circumstances — circumstances in which no federal indictments were brought.

There are many debates, and I would say changes, that need to happen in our society that these two incidents, so close in time and so terribly visible on camera show, but in the more narrow scope of this writing, I think one question needs to be asked, in terms of Amy Cooper, what do you do when someone in your company is spotlighted like this. How do you react?

Kate Bischoff, an employment attorney, poses it this way on linkedin and further follows up on her website:

You’re in #HR . Over the weekend, an employee engages in racist behavior that’s caught on video. The video goes viral. What do you do?

Do you immediately fire the employee? What do you say to other employees? Do you tell everyone not to talk to the media? Should you just let it be?

Doing nothing is disastrous. HR needs to take the lead in addressing employees, holding forums with staff, drafting talking points for leadership and managers, and fostering an environment where employees feel safe to raise issues stemming from this incident and others.

Do you ultimately fire her? Abso-fricking-lutely. Not only is there a legal risk for her employment decisionmaking, but the organization’s commitment to being a fair, harassment-free workplace is now squarely in the spotlight. Keeping her will forever damage the organization for both employees and customers.

What do you think?

More important than that, the reality is that ALL of us have faced real situations where either we are ‘Amy Cooper’ or we behave in a way like ‘Amy Cooper’ toward others.

Those of you in leadership positions, this becomes especially tricky because, what if ‘Amy’ is someone in your team? Even more, what if he/she is your top performer?

As I noted on Katie’s post, “what do you do if there is NO video and the employee in question has ‘always been a team player’ and ‘consistently ranks above average on evaluations’?

No. Really. When there’s no spotlight, what do you do?”

This is not an easy thing to grapple with, and likely is more real than any of us want to admit.

Jodi-Ann Burey, a writer and speaker, poses the following suggestion to each of us who look in the mirror and realize the problem may be more “us” than we wanted to otherwise believe:

So, today, May 27, 2020, what are you going to do differently, seeing so much that needs to obviously change?

Part of the answer, as Jodi-Ann notes, is Allyship.  This means getting clear about what your part in all this might be, and realizing you may be complicit more than you know.

Tolerating even a little racism or sexism leads to cultural challenges personally, organizationally and, as we see too frequently, nationally.

People will do what they see their leaders do. Actions > Words. Serve and care for those around you and, if you are a leader, then lead from the front and from the back, cheering those on who are struggling, and carrying those who otherwise could not make the journey.

Resolve, today, to be part of the solution.

A few days after we watched The Hate U Give movie, my teenager asked me openly, “Is that what black neighborhoods are really like, or was that just for the movie?”

The question set me back a bit, I admit.  We don’t live in a glitzy, fancy neighborhood. Our homes are very moderately priced. Even underwhelmingly priced. Yet, our quiet community South of Salt Lake City is markedly different from the streets depicted in the film.  But, they were not too different from some of the streets I knew as a kid in Indianapolis (though I lived in the quiet suburbs, I spent a moderate amount of time in the city).

I relayed back to her that I thought it was a pretty fair depiction of what life in black communities was like in a lot of the country.

She thought about it and said she appreciated the chance to see things through the eyes of the teenage girl in the film — torn emotionally between her black roots and the predominantly white prep school she attends — and then a secret witness to the death of her friend at the hands of a police officer.

She has been different since we watched that movie together. These stories and other lived experiences have helped her want to lift up and care about people around her in ways I think most teens would not spend time on.

I hope she will continue to be an ally to those around her. I hope to continue helping her have those experiences as well. 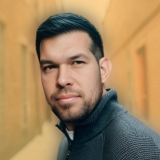 I'm Robert Merrill. I am the founder and principal consultant at ConnectedWell Recruiting and Talent Advisors, a boutique recruitment consulting agency. I have more than 15 years technical and professional recruiting experience across the US and fourteen other countries, globally.

Beside my writing here, I am working on helping make hiring more human again, publishing a newsletter, and Helping 1 Million people get better jobs in 5 years. The clock is ticking.

Want More Answers?
Subscribe for smart, actionable daily insights you can use today!

This site uses Akismet to reduce spam. Learn how your comment data is processed.